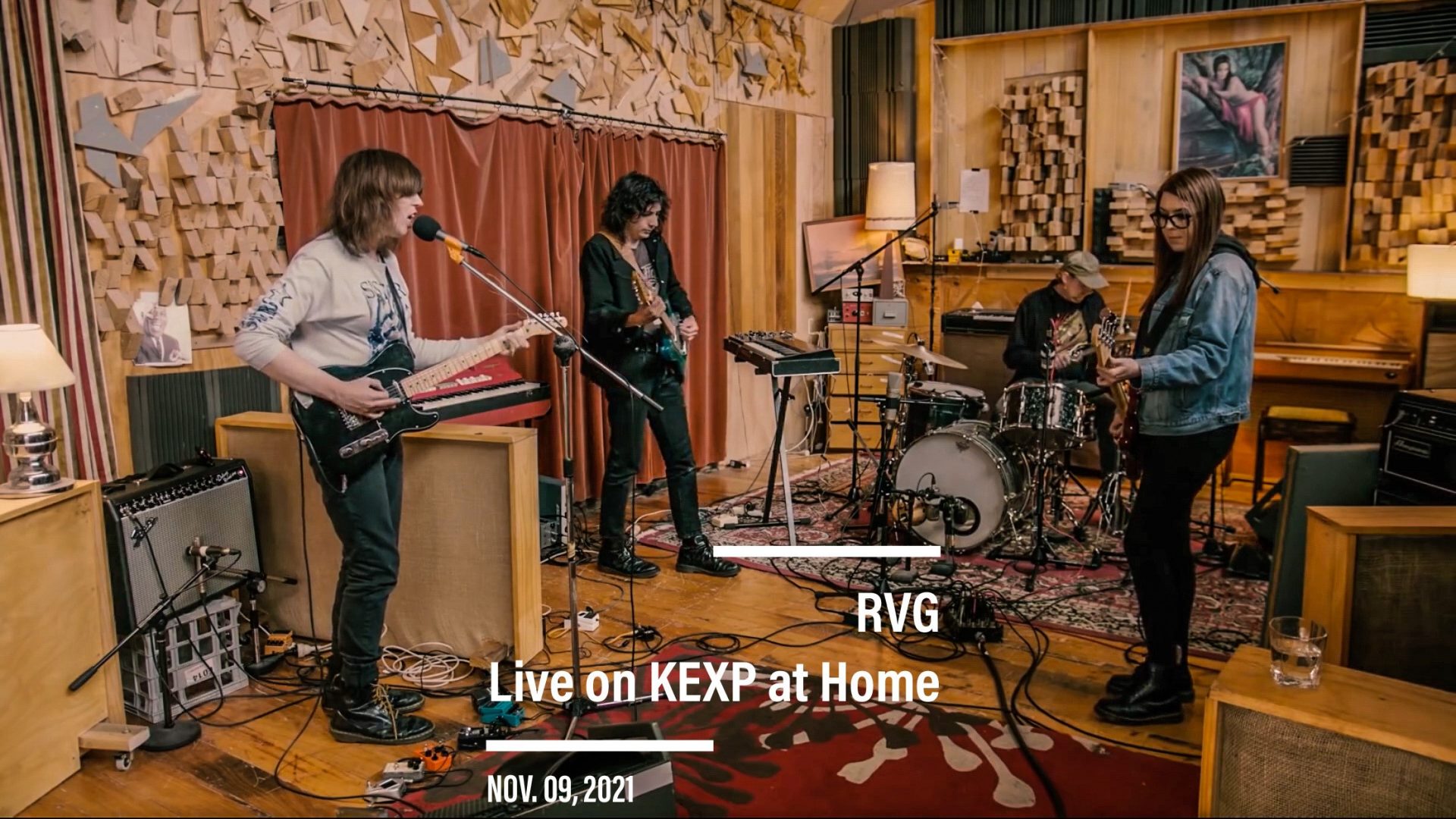 Australian rock band RVG, originally Romy Vager Group, emerged in the Melbourne suburbs in the second half of the 2010s, blending lush, jangly guitar rock with elements of twangy post-punk, goth and college rock from the ’80s and ’90s.They earned much acclaim for their stirring 2017 debut and later signed to the Fire Records label , where their follow-up album „Feral „was released in 2020.

Adelaide-born singer/songwriter Romy Vager formed the band in Melbourne in 2015, following in the footsteps of such well-known predecessors as the Go-Betweens, the Soft Boys and even the Psychedelc Furs . The defining elements of RVG are a certain basic coreness, beautiful partly melancholic sad midtempo guitar chords and harmonies paired with the plaintive vocals of Romy Vager. It is truly the sound for battered souls that can bring tears to your eyes, but with its vividness and depth it can also give you new strength to carry on.

Currently the band consists of Romy Vager (Vocals and Guitar), Marc Nolte (Drums), Reuben Bloxham (Guitar, Keyborads and Synthie) and the cool Isabele Wallace on Bass. Romy’s bands sounded heavier and edgier in days gone by, but in the meantime, RVG is where melodically sophisticated songcraft meets the loose spontaneity of post-punk and garage sounds. For those who still can’t really place it for themselves, here are a few (false) comparisons to other bands and acts that strike a similar chord: The Church, The Bible, The Decemberists, Cracker, Brian Jonestown Massacre, The American Anlog Set, The Blue Aeroplanes, Lloyd Cole, Cowboy Junkies, Mogwai, The Walkabouts or even The Tragically Hip.

In 2017 RVG’s 8-track debut album „A Quality of Mercy“ was released, recorded by the band live and without an audience at Melbourne rock club „The Tote“. In early 2020, RVG topped it off with their second album „Feral“.The album is produced by Victor Van Vugt (PJ Harvey, Nick Cave & the Bad Seeds), and was again released on the Fire Record label.

This video „RVG – Full Performance (Live on KEXP at Home)“ contains 5 ingenious tracks with a total running time of 18:08 min. If you feel like it, you can also listen to the 45 minute „Performance & Interview Version“ with the lovely Cheryl Waters from KEXP.

The video (1080p) opens with the energetically galloping „Alexandra“, and the lyrics point out where the journey is about to go:

„Come Monday morning
You may find me dead
You may not find my body
But you may find my head
In a motel closet
Or under a motel bed
Oh, this is the life that I lead
…“

RVG make immensely important music, highly necessary for the survival kit. Thanks to KEXP for presenting this to us.