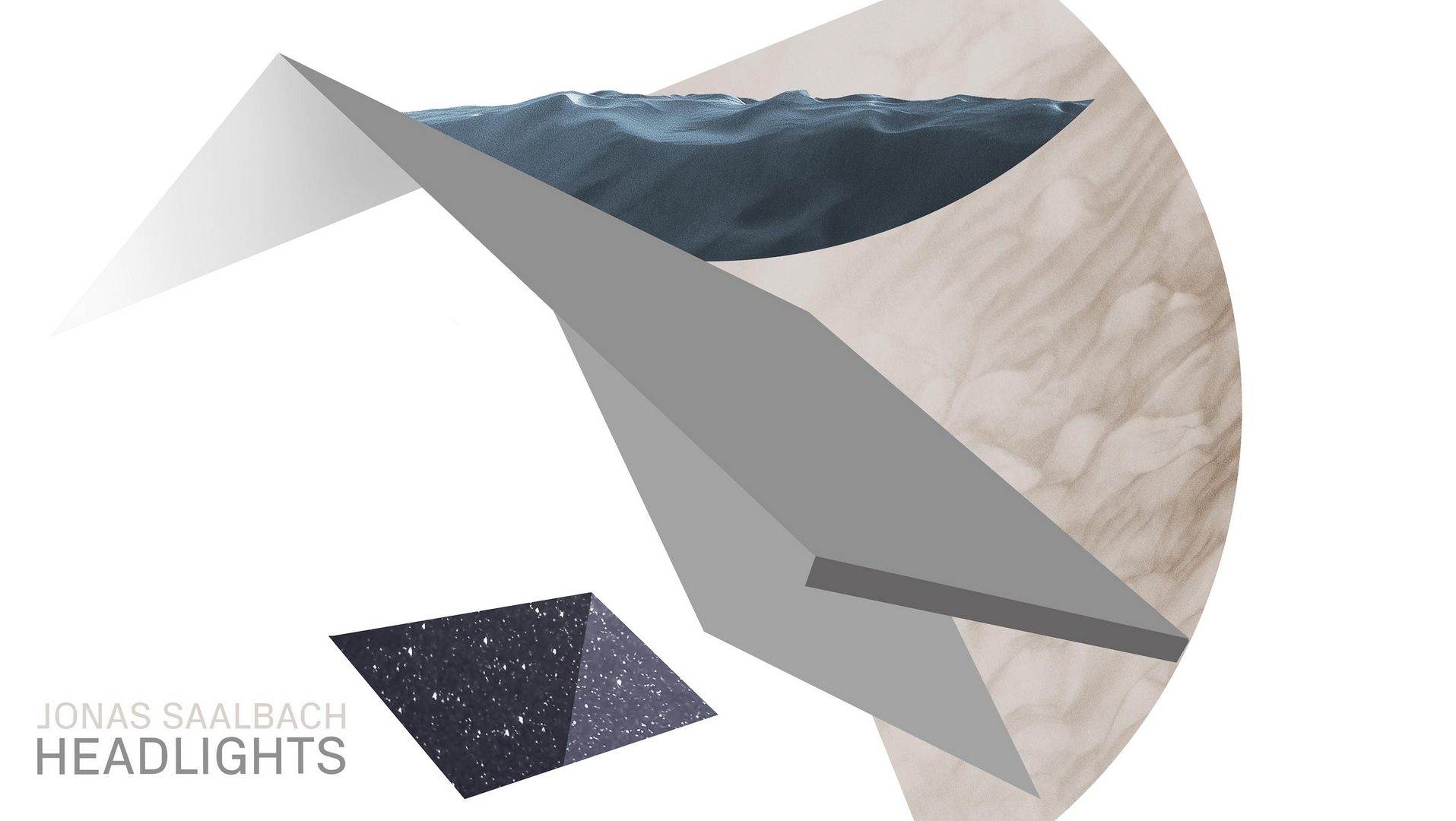 On October 29, 2021, Berlin-based DJ and producer Jonas Saalbach released his new 11-track album “Headlights” on his own Radikon label, which he founded in 2018. It is a proven smart move to found your own label and to place your own (new) releases there, because the artist is no longer bound to potential production regulations of a third-party label. “Headlights” is, however, contrary to the statements on the label flyer, not the highlight of Jonas’ career, as this description seems to be a bit too abbreviated. The new album is something completely different than just a career highlight that runs through.

Instead, with the release of “Headlights” and the album “Reminiscence” (2019), Jonas Saalbach has now succeeded in climbing up the high plateau of electronic music. And it is deservedly quite good to live up there, as long as you can keep up the quality standard. Also the gig at Burning Man Festival 2019 and the following Cercle video production “Live at Preikestolen in Norway” together with Einmusik were extremely helpful training sessions for reaching the mentioned status. So this is anything but just a career highlight, it is rather the basis for success in the future – and Jonas Saalbach will have this success, also internationally – I am pretty sure about that.

For me, the Cercle Video production was the key experience par excellence concerning Jonas Saalbach. The breathtaking scenery on the natural rock platform Preikestolen high above the Lysefjord, plus the video production art of the Cercle team and last but not least the tracks of Einmusik and Jonas Saalbach made this production an audiovisual synthesis of the arts of the highest order. Since this really deeply impressive event, the sound of Jonas Saalbach has in my ears a beautiful cool Nordic touch (the Preikestolen just imprints immensely) with immense depth, which, of course, does not get along with pathos at all.

But what is the best way to characterize Jonas Saalbach’s new album “Headlights”? When the album “Reminiscence” came out, and I had also watched the video mentioned above, the two previous albums “Ancient Lake (2015)” and “Perspective (2017)” were classic must-buy exercises for me. As part of my archive, Jonas’ albums are among those rare albums that are always a pleasure to play over the years. And this also applies, with a small restriction, to the new album “Headlights”.

Jonas has always known the great musical gesture and how to set the slowly evolving harmony lines in his sound at all times This has always been one of Saalbach’s typical musical trademarks, but in “Headlights” Jonas Saalbach goes one step further.

The album kicks off with the near-epic “Half a Decade,” an opener with the grand musical gesture of cinematic widescreen sound. It continues with the same caliber, the track “Headlights” scores on the one hand with multiple interwoven floating electronic sound layers and slightly plaintive vocals. “Transformation” sparkles with tech vibes and masterfully applied multi-gridded sound layers. The tracks “Nacho”, Jenora and especially “Acstatic” are real acoustic eye-catchers, especially “Acstatic” is very pleasing with slight 80s electro reminiscences.

Before I continue to bore you with my words, I will let the pictures do the talking and present you the latest video production “Jonas Saalbach Live at Krka National Park, Croatia by TIME:CODE”.

The Video: Live at Krka National Park, Croatia by TIME:CODE

The songs in this video are mostly taken from the new album “Headlights”. The picture quality is available in 4K and is excellent. Only some drone overflights and panorama shots show slight trailing effects; Cercle is able to handle this a bit better. But to be fair, TIME:CODE has improved its video image quality significantly in the last time and is one of the best video production crews worldwide since the sensational “Nils Hoffmann at Carpathians, Romania” video.
The location in the Krka National Park in Croatia with the beguilingly beautiful waterfalls is incredibly impressive, with the fantastic camerawork and sound by Jonas Saalbach, an audiovisual masterpiece has undoubtedly been created here.

The video came out about four weeks before the “Headlights” album and with its extremely successful audiovisual realization it’s a real good appetizer for the album “Headlights”. With “Headlights” Jonas Saalbach has delivered a very good album, only the tracks “Half A Decade” and “Headlights” (and these are the already mentioned limitations) are coming along with too much pathos and somewhat too thickly painted, according to my taste. The album is available in CD quality with 16 bits / 44.1 kHz, i.e. lossless, but I can’t help noticing that lossless is not hi-res.

This review is
Dedicated to INAMAR