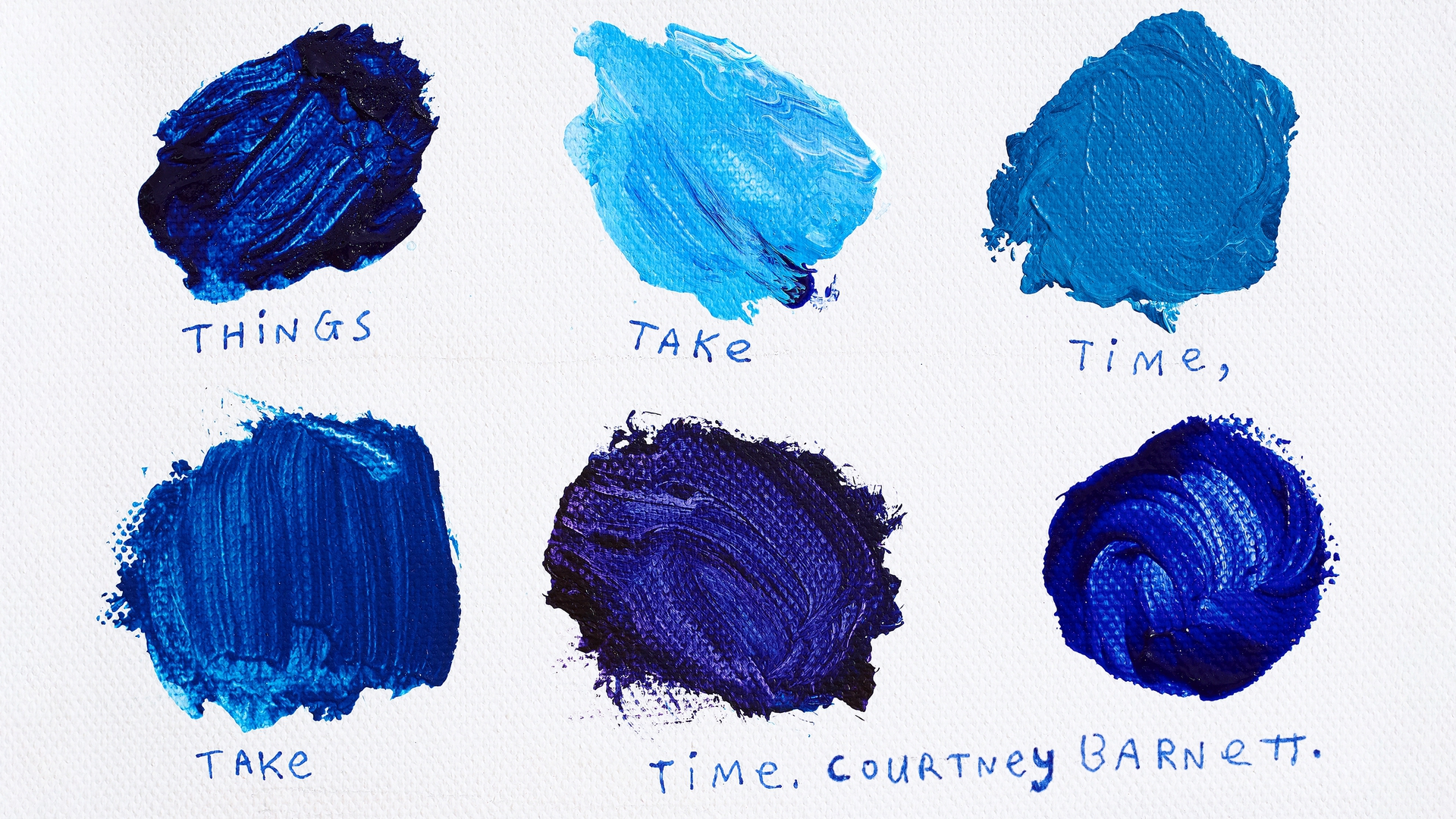 Random acquaintances. Via Instagram. Sometimes something really great is born out of it. Like Courtney Barnett, the Australian singer/songwriter and Alternative Rocker. I became aware of Courtney Barnett via Instagram about 6 months ago when she was promoting her new album titled Things Take Time, Take Time with the video “Rae Street”. And this track just bit into my ear canal and didn’t want to get out of there anymore. But what was to be heard did not belong to my currently prevailing musical taste at all. Sure I have a fable for alternative/indie guitar sounds, but this was completely overshadowed by all the electronica stuff I was listening to by the dozen or so.

But Courtney carefully laid bare my old passion with the Rae Street video with meticulous tweaking and tongue-in-cheek biting humor and all the stuff that was to come after. Watch the video and let the quirky humor capture you and listen to the lyrics. There is no artist on this battered planet who can convey the small individual everyday tragedies more accurately, but with a clear distance and a certain casualness, so skillfully. That is simply fascinating.

“It’s about accepting life – life happens, and you accept it,” Courtney says. “The world is so pointless and so fucked up in so many ways, but there are also so many beautiful little moments.” This thought and the unspoken conclusion that the small everyday (all) commonalities always point us back to ourselves is firmly woven into the album Things Take Time, Take Time.

This theme is introduced early on with Rae Street, a track that can be seen as a world-weary survey of the world we have created. “One thing I know is that the sun will rise today and tomorrow. But we still have a long, long way to go,” as Courtney says.

Then it continued with the videos for the tracks Before You Gotta Go, Write a List ofThings to Look Forward to, and especially If I Don’t Hear from You Tonight.

Before You Gotta Go

Before you gotta go (go, go, go) is one of the anchor songs on the album. One of those incredibly great songs that you can’t get around for the rest of your life. The video may seem “funny” at first glance, or even to be black humor. But: We try to hear, but understand nothing, hear nothing either. Because we are constantly looking for the big picture and can no longer hear the small, subtle undertones. Or want.

Because we only listen to ourselves. Because we mishear ourselves, permanently listen away, do not listen and thus cause small, small catastrophes – which cause quite big, big damage, although it could be done in a quite simply differently and better way. The lyrics are about broken relationships and trying to accept something and still trying to keep it together a little bit at least.

Write a List of Things to Look Forward To

Write a List of Things to Look Forward To is another key track on the album.

I’ll just give you the lyrics:

And last but not least:

If I Don’t Hear from You Tonight

Three girls with bass, guitar and drums are somewhere in the Deep in the Middle of Nowhere-Desert and play a dust-dry song: If I don’t Hear from You Tonight. Again a classic Curfew song, with the subject or better the question if this time is a good time to tell you that I like you very much. It’ s not easy these days to get close to someone while being incredibly excited, having this incredibly huge distance between us due to the state of the world. But all in all, If I Don’t Hear From You Tonight is an incredibly good song, implemented in a video that knows how to convince all along the line.

Things take time – take the time for it: that seems to be a lifestyle philosophy of Courtney. And also by Stella Mozgawa, the drummer, who is also a long-time companion of Courtney and an incredibly good friend, who has influenced the mood of the album quite significantly. But more about that later.

“Things Take Time, Take Time” is Courtney’s third album, following Tell Me How You Really Feel (2018) and debut album Sometimes I Sit and Think, and Sometimes I Just Sit (2015). But on the earlier works Courtney Barnett was louder, more energetic, often angrier and more relentless – and always simply brilliant as a singer and guitarist.

But when the admittedly fantastic album Tell Me How You Really Feel came out in 2018 and Courtney toured halfway around the world, she realized, “Fuck, I’m hanging in the hole and feeling kind of burnt out.”

Moreover, often enough, while composing new songs, the feeling of standing in front of the big imaginary wall, of not getting anywhere and of feeling and exuding negative energy arose. But Courtney′s friend Stella was in the studio with her, and whenever Courtney was in front of the imaginary wall again, Stella was there, and was taking over, and then she was trying out completely different approaches.

So Stella was presenting new ways for Courtney to approach the songs in a different way. Therefore, you can also hear Stella’s influence on the album at any time. The new album became much more flowery, lighter and – at first glance – more pleasing.

But Courtney Barnett wouldn’t be Courtney Barnett if she wouldn’t place her ” Don’t Do It That Way / Do It Another Way” message in every song. But this time it doesn’t go along with noisy sawing guitar work, but with very tricky vocal arrangements, with daring but highly exciting vocal lines that drift over the airy light harmony lines as if by magic.

And if you don’t really like the album today – although you probably will – it’ s no big deal; just try it again tomorrow. Things take time, so you also take the time to capture the album for yourself.

The sound quality of the album is also beyond reproach. On Qobuz the album is available in 24 bit /96 kHz, on Apple Music (streaming) even in Dolby Atmos and it sounds excellent over the entire frequency range.